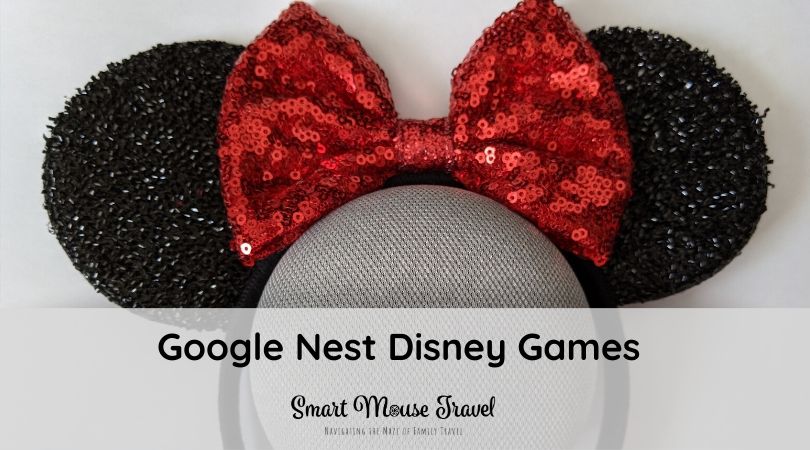 What are Google Home and Google Nest Mini? 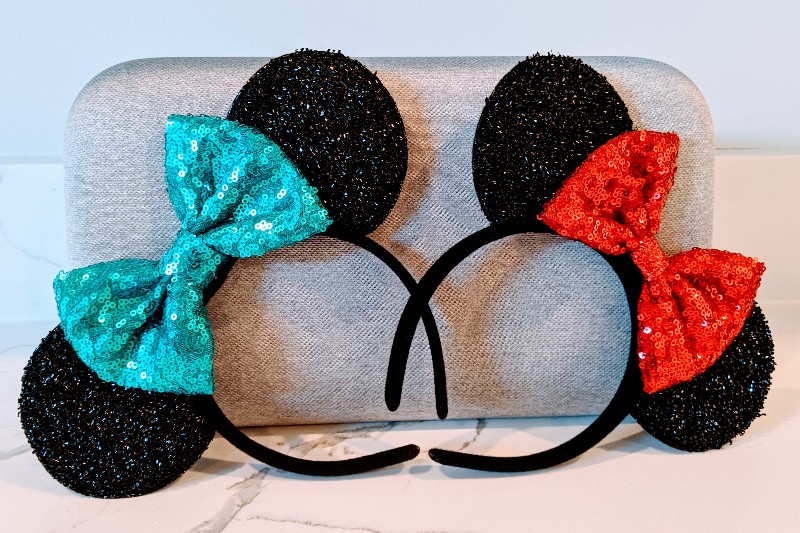 Belle narrates Belle’s Castle Adventure. To combat rainy day boredom the Beast has put together a scavenger hunt and hidden clues around the castle. Each time you find a clue you must complete the rhyme to find where to go next.

On your way to the next destination Belle lets you choose the long way or a short cut. Each route has some different cute interaction with the Google Nest Mini. Each clue leads to a special book and a bookmark with letters that spell the final destination.

Lightning McQueen and Tow Mater are the main narrators of Cars Adventure. There are two game options: Race Through Carburetor County or Route 66 Drive and Seek.

In Race Through Carburetor County you help Lightning McQueen in a fun race against Cruz Ramirez with Mater as your crew chief. Lighting asks you which way to go and how to best handle obstacles along the way to win the race.

In Route 66 Drive and Seek, Mater and Lightning McQueen drive around Radiator Springs trying to find five friends who are hiding in familiar spots around town. The cars hide in the dark so you must listen closely to find the hidden friends.

Route 66 Drive and Seek takes about 10 minutes and Race Through Carburetor County takes about 7 minutes.

Choose either Belle, Cinderella, Tiana, Ariel, or Jasmine at the start of the Disney Princess game. Once you pick your princess she asks you some questions about yourself. After answering the questions, your princess provides you two options. The first option is to tell you a story and the second option is to go on an adventure or solve a mystery.

During the story, the princess periodically checks in to see if you want her to keep telling the story or would like to quit. In the adventure games, your chosen princess will ask for your help in making choices to solve the mystery or finish the adventure.

Our favorite Disney Princess activity was Ariel’s game. Ariel describes human items to you and then you have to correctly name them. Some were easy, and some a little more challenging to guess.

It took us about 7 minutes to solve Belle’s mystery game. The stories seem to run longer and last about 10 minutes.

To start the story say, “Hey Google, tell me a Frozen story”.

In this Google Nest Mini Disney game Maui needs your help to find Tamatoa’s cave to retrieve his hook. Maui gives you choices and you pick the path to the cave. Before entering the cave with Moana, Maui tells you to pick a shell and listen.

Each shell color plays a different song from Moana. At the end of the song Maui asks if you would like to listen to a different shell. If so, another song is played; otherwise the game is ended. It took us about 8 minutes to play Maui’s Music Game with one song and about 12 minutes with two songs.

Mickey Mouse Adventure has two different options: Magic Show or Story Time. Mickey Mouse has a magic show to perform across town but needs your help navigating through the city. While getting to the show you face several challenges that you help Mickey overcome. At the show Mickey asks you to be his assistant and then performs magic tricks with your help.

In Mickey Mouse Adventure Story Time Mickey offers to read you a story. However, he is embarrassed to find he doesn’t have a book. Instead Mickey asks for your help telling a story. This story is like a choose your own adventure with Mickey as a narrator.

Mickey’s Game Show is a cute Disney trivia game that one to four people can play at a time. Each player is teamed up with a Disney character to help them if they don’t know an answer to a trivia question. There are two modes: classic or expert. Classic mode gives multiple choice answers for each question whereas in expert you have to guess the answer without clues..

In between each trivia question the characters talk and tell jokes. We think it is a fun trivia game that is good for different ages. A round of Mickey’s Game Show runs about 7 minutes.

If you follow the Smart Mouse house you may have noticed we are super into Star Wars so we were pumped to play this trivia game. There are two play modes: Survival Mode or Story Mode.

Survival Mode asks you rapid fire Star Wars trivia questions and continues until you miss one. At that point Google Home asks if you would like to try and beat your score.

In story mode Google Home plays audio clips from the Star Wars movies. Then you are asked a series of questions from that section of the movies. For example, we were played a clip of when Luke and Uncle Owen buy R2D2 and C-3PO from the Jawas. We then had to answer several questions from before and after that part in A New Hope.

Star Wars Trivia operates differently from the other Google Home Disney games. The survival mode only lasts as long as you keep answering questions correctly which can be a short or long time depending on your expertise.

Story Mode is a longer game. We spent about 15 minutes playing one night and then when we played again it started where we left off. We played several more minutes but did not reach the end of the game.

Woody, Jessie, and Sarge welcome you as a new toy. Part of being a new toy in Bonnie’s room is learning how to freeze when a human is near. To learn this important toy skill you play freeze dance with a variety of “tapes” of music you get to choose. Once the music starts you dance until Sarge yells “Freeze!”

After a couple of practice freeze dance rounds you are faced with the “real” test of freezing as Bonnie or her mom enters the room. If you successfully freeze then you are given the Toy Oath to officially become one of the toys.

It took us about 10 minutes to complete Toy Story Freeze Dance.

Ralph and Vanellope somehow get sucked into your Google Nest Mini. They introduce themselves and ask you a couple of silly questions. Wreck-It Ralph Adventure only takes about 4 minutes and was our least favorite Google Home Disney game experience.

Now that you’ve beaten the at home boredom with Google Nest Mini Disney games is it time to start planning your own future Disney World or Disneyland vacation? 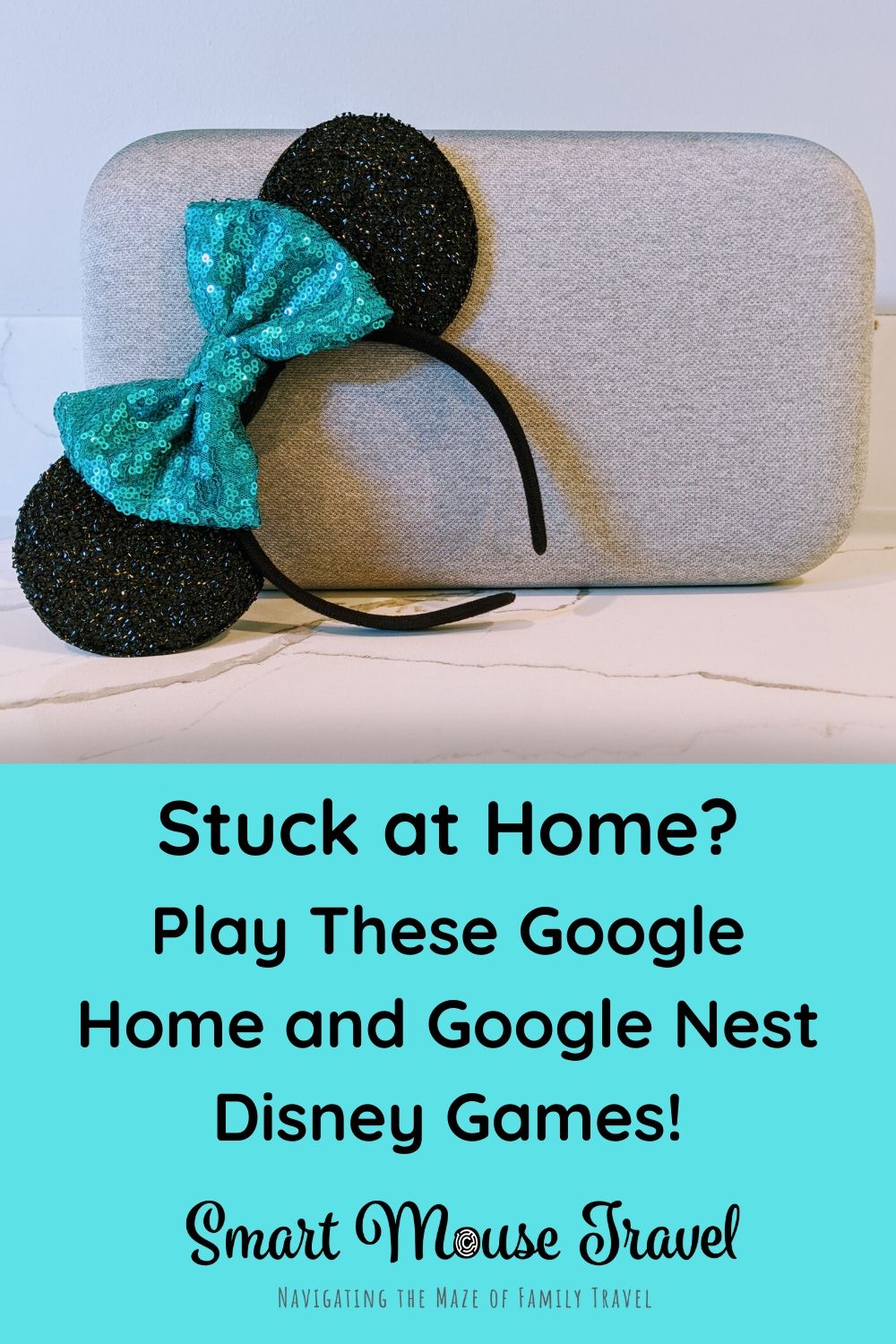