No trip to London in your future? That’s okay! Find out more about the Wizarding World of Harry Potter at Universal Studios Hollywood and Universal Orlando.

What Is The Harry Potter Deluxe Tour? 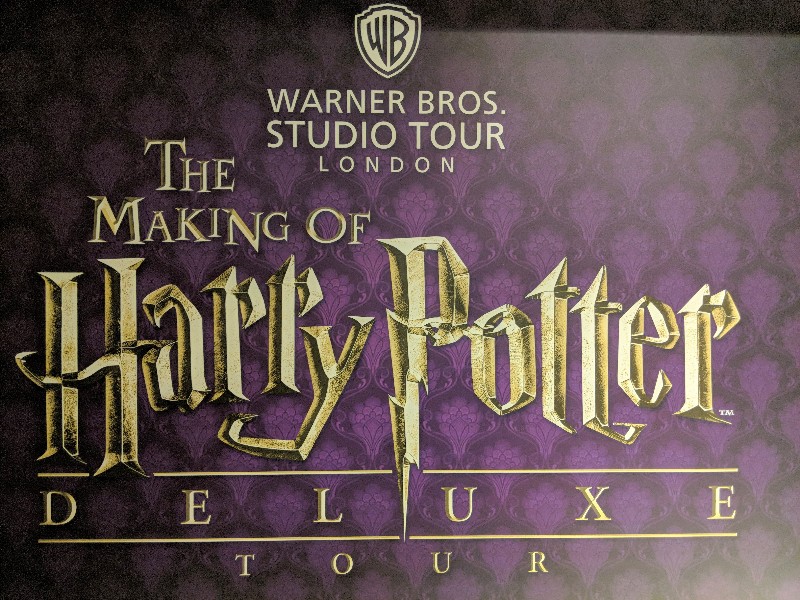 The Warner Bros. Studio London Deluxe Tour is a VIP experience that provides a different experience than the self-led tours. The Harry Potter deluxe tour gave us a private tour guide for 2 hours within the exhibits, a full meal in a private seating area, vouchers for Butterbeer or Butterbeer ice cream, a complete guidebook, 4 photos and 1 video for each ticket holder, and then access back into the tour where we could explore the exhibits more in-depth on our own. By far the best part of the Harry Potter deluxe tour was our guide, Joe. There were 10 of us in the deluxe tour group, and Joe did an excellent job of sharing fascinating anecdotes about what went on behind-the-scenes during the filming of all 8 Harry Potter movies.

The VIP Experience – Value of a Tour Guide

Each Harry Potter Deluxe Tour guide is well educated on everything associated with the filming of Harry Potter from characters, costumes, props, and sets to fun trivia. The two guides we spoke to were both huge Harry Potter fans and it really showed in how they presented the information. We learned details about the movies, and it made me appreciate everything I saw on the Warner Bros. Studio Tour London even more.

Elizabeth asked a lot of questions of our tour guide, and he impressed us by knowing the answers right away. One of the most interesting things she asked Joe was how they made Madame Maxime appear so large. The answer was fascinating! The actors for Madame Maxime and Hagrid both had a body double who wore an animatronic head to make them even taller. Madame Maxime was a 7’1” basketball player, and Hagrid was a 6’10” rugby player. 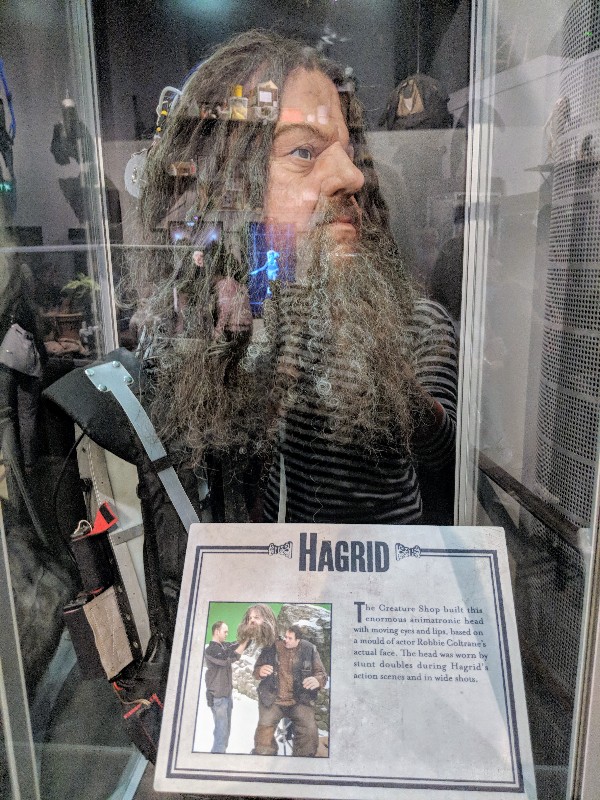 The Harry Potter Deluxe Tour guides lead you through the exhibits and sets. The guides are allowed to go into the displays and even handle some of the props. This allowed us an up close look at the amazing detail in everything associated with the films. When we went to the potions classroom we could see all of the potions textbooks have lovely hard covers. While filming a scene there, the director thought it odd that all the students would have closed textbooks on the desks. Because of that director, an entire book of potions was written for the scene. On our deluxe tour our guide Joe went into the display and showed us the beautiful hand lettered potions textbook with a foreword, full textbook of chapters, and even a bibliography inside. 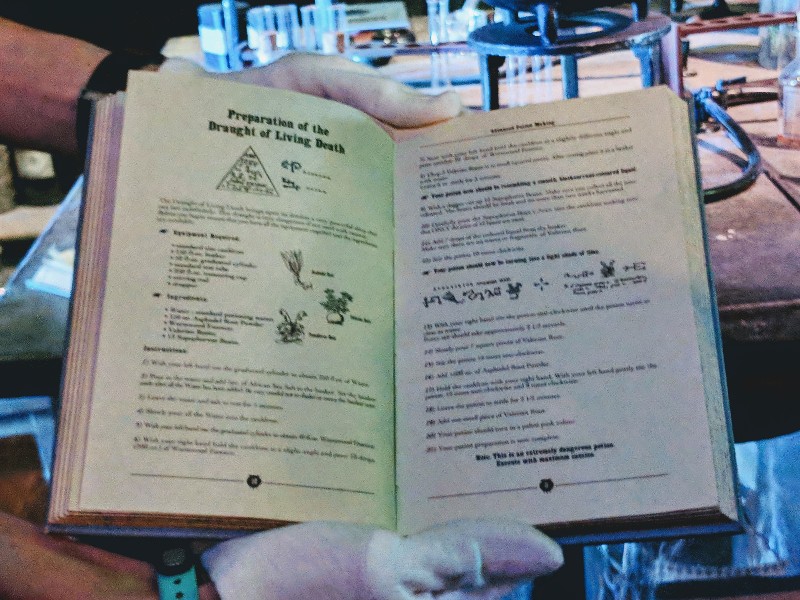 Thanks to our tour guide we also saw up close one of Harry Potter’s scars made for the film and Bellatrix Lestrange’s teeth. Did you know that they made thousands of the scar for Daniel Radcliffe, as one would expect of a young actor, he kept picking at them. Once they even had to re-shoot an entire scene because there was a visible fingerprint on the scar.

Here are some of my other favorite bits of trivia from the Harry Potter Studio Deluxe Tour: 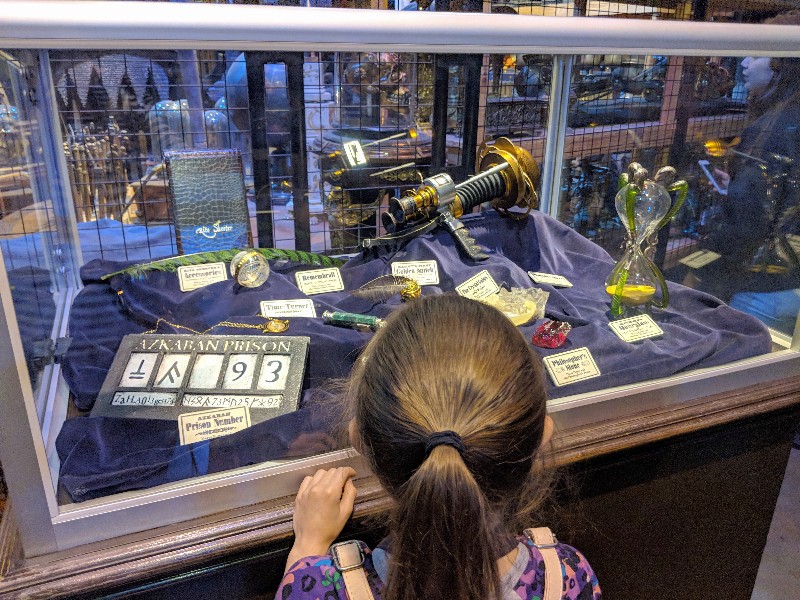 Once you arrive at Warner Bros. Studio you will check in for the deluxe tour. Your tour guide will then come out to greet you, escort you to security screening, and then into the lobby of the studio. We arrived early, because I did not want to chance being late. Our guide, Joe, covered the procedures and what to expect on the tour. He then told us we could look through the store and use the restroom while we waited for the rest of our group to arrive.

Our tour started right on time despite one family not being present. The Harry Potter Studio tour starts the same way for everyone whether self-guided or a deluxe tour. There is a holding room with a brief introduction on how the Harry Potter books got the green light to become films. Next you are led into a small movie theater and shown some clips from the movies. Then you move to a large set (but I won’t spoil the surprise). After this first set is where your Harry Potter Deluxe Tour really begins.

Your guide will walk you through the many exhibits. Halfway through the tour you stop to place a meal order. When we told the cafe staff about Elizabeth’s food allergy, they were able to research ingredients and provide us some options. Our only food allergy disappointment was that we could not find out if Butterbeer was safe. The formula is secret, and the only allergen information is a sheet showing safety for top allergens, a list that doesn’t include corn.

After placing your meal order, the second half of your Harry Potter Deluxe Tour begins. There is no set script for the guide, so they each provide a special flair to the tour. We learned tons of fun and interesting facts about the movies. The two-hour tour seemed to fly by, and we were disappointed for it to end.

Once the guided tour was over, we were led to a roped off dining area where our food was brought to our table. Don’t fret if you think two hours is too little time to see everything at the studio. After eating, the guide will allow you special re-entry into the tour. As a special perk of the Harry Potter Deluxe Tour your guide escorts you through a special hallway. This special access allows you to explore the Great Hall in between sets of traditional tour groups before you resume the self-guided portion of the Warner Bros. Studio Tour. 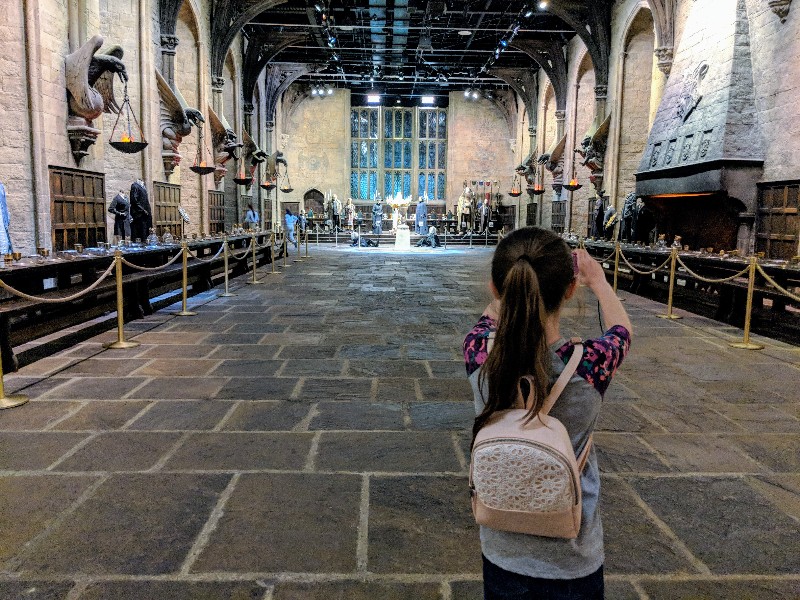 How To Get The Most Out Of Your Deluxe Tour

Getting to Warner Bros. Studios London

Warner Bros. Studio is located in Leavesden which is about 20 miles (32 kilometers) outside London. If you are comfortable with city public transportation in general this is an easy trip to navigate. You will need to take the West Midland Rail train from Euston Station in London to Watford Junction. Once you arrive in Watford Junction you exit the train station and follow the signs to the Warner Bros. Studio Tour London shuttle bus. This air-conditioned double decker bus cost us £2.50 per person for a round trip and brought us directly to the studio.

Find out more from Warner Bros. Studio London about transportation, including self-park options.

Although more than I had originally budgeted, I left our Harry Potter Studio Deluxe Tour feeling extremely glad we booked it. Having a private guide to share their knowledge and answer our questions was invaluable. I got much more out of the tour by having our expert guide, relative to just perusing displays ourselves. After adding in the cost of drinks, meals, a souvenir guide, and photos to the general admission tour price the Harry Potter Deluxe Tour was a better value than it first seemed.

The fascinating details and stories our guide shared with us and seeing props up close was a special experience. I never dreamed I would see the Great Hall empty and stand alone by the gigantic doors into Hogwarts. The tour guide, special experiences, and the wonderful service from everyone we met made the Warner Bros. Studio London Deluxe Tour feel well worth the additional cost. Even Mr. Smart Mouse, who to my utter shame is not a Harry Potter fan, said that the tour was fabulous and made the experience more interesting for him. 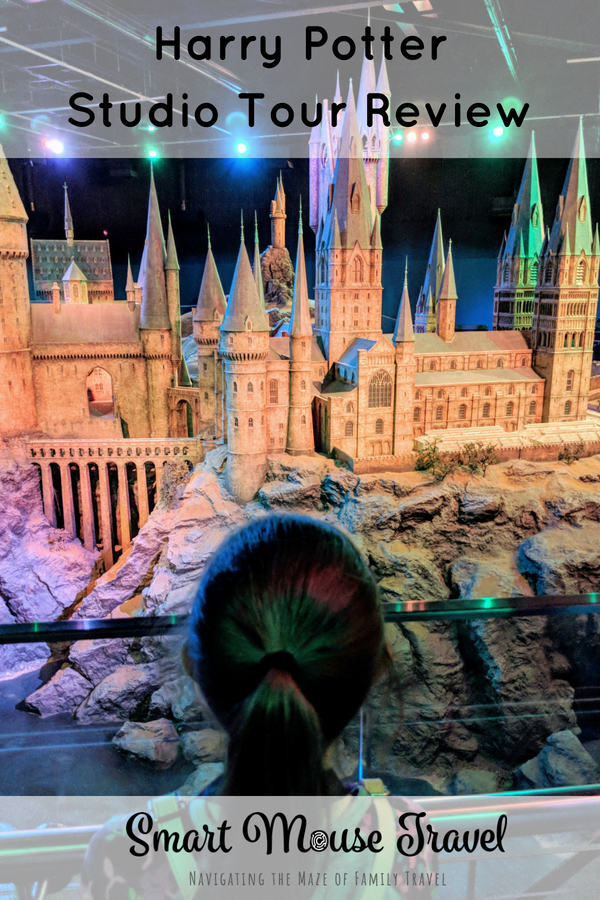 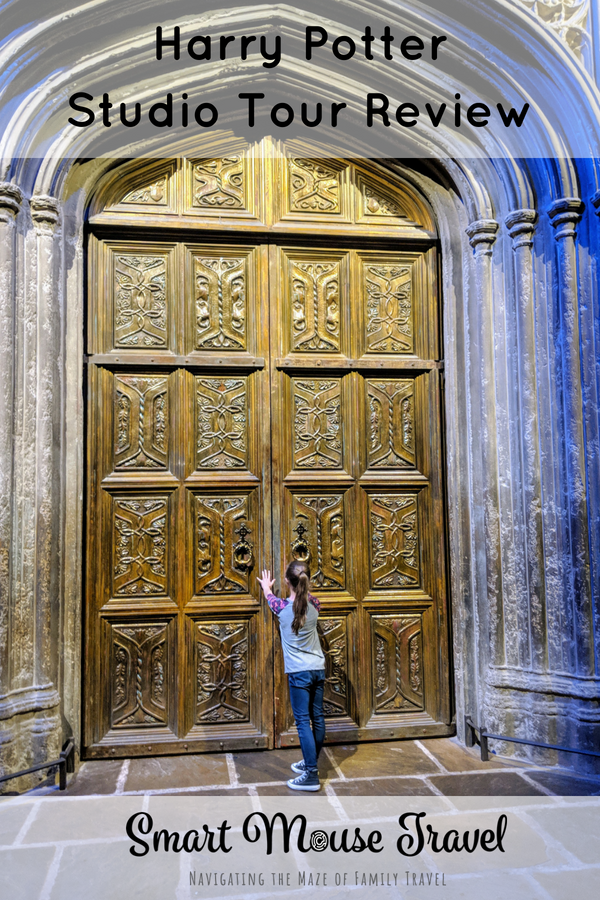