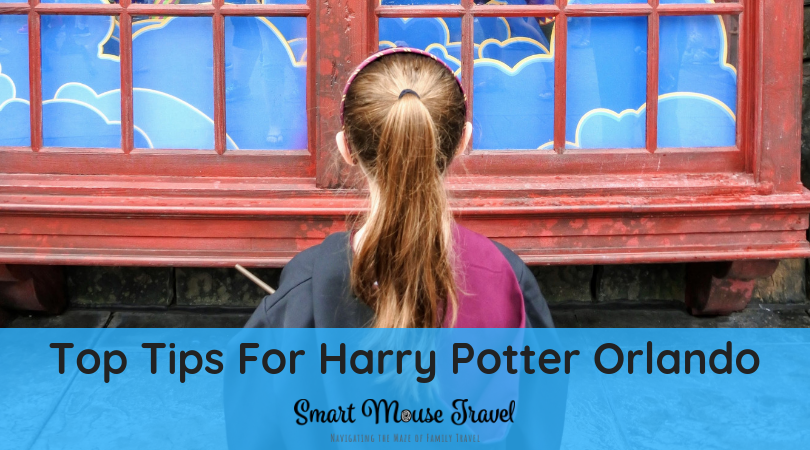 Whether you are a huge Harry Potter fan (like Elizabeth and me) or a muggle just here to see what all the fuss is about (the rest of my family) these top tricks and tips for Harry Potter Orlando will help you get the most out of your day. And since not everyone else knows this stuff you will look like a pro and impress your friends (or maybe even strangers)!

Looking for more on the Wizarding World of Harry Potter Orlando? Read my essential guide.

1. Changes to Express Pass means you get to skip more lines in the Wizarding World of Harry Potter.

2. To get a video of someone in your group walking through platform 9¾ make sure you send them ahead of you. The ‘disappearance’ only works if you are on the opposite side of the luggage trolley.

4. If you have an interactive wand from Universal Studios Hollywood it will work at Universal Orlando in both Diagon Alley and Hogsmeade. 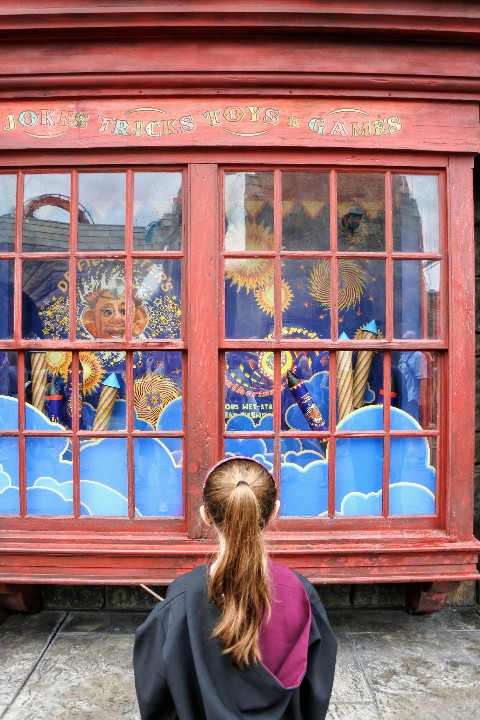 5. Although there are other places to buy wands in the Wizarding World Of Harry Potter, try and see the wand fitting at Ollivander’s. 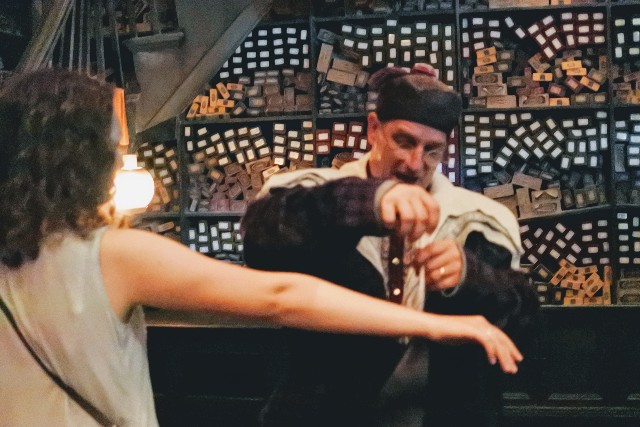 6. If you are chosen for a fitting during the interactive show you aren’t obligated to buy that wand.

8. To ride the Hogwarts Express from King’s Cross to Hogsmeade Station or vice versa you will need a park-to-park ticket. 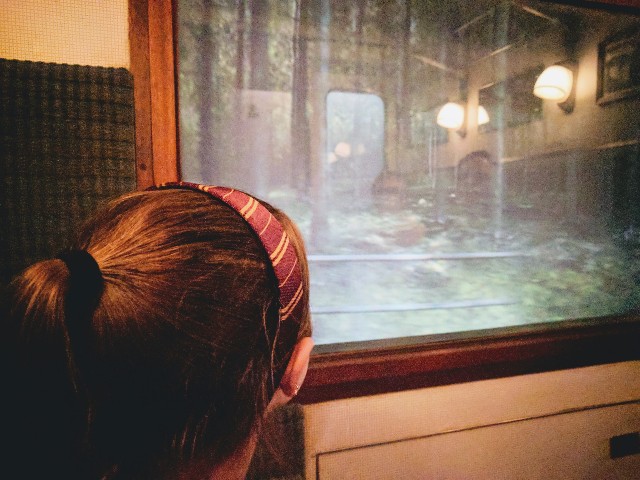 10. When you are in Diagon Alley, make sure you take a “wrong turn” into Knockturn Alley. 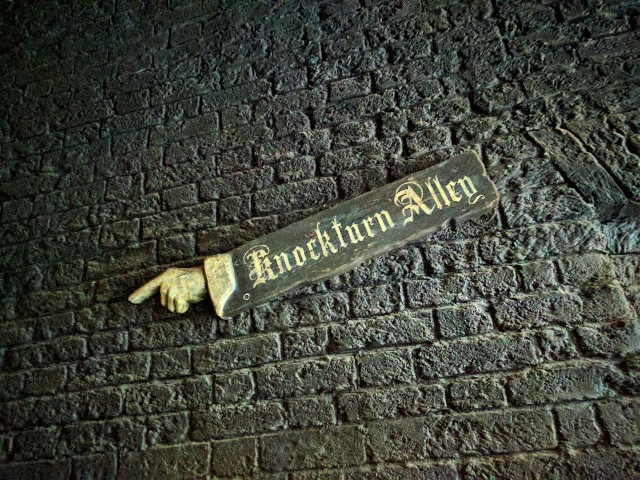 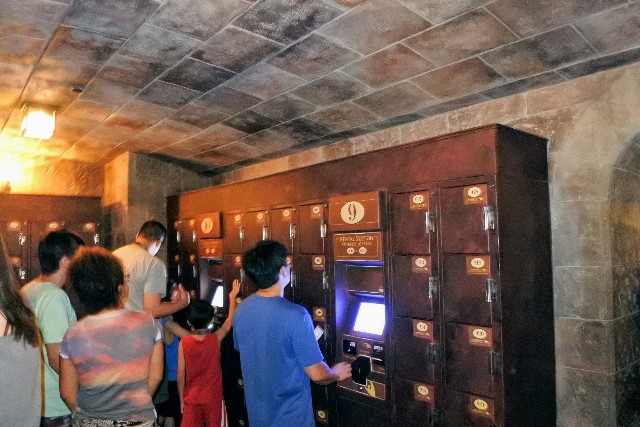 12. The lockers do not accommodate all backpack sizes.

13. Inside Honeydukes (and other sweet shops) you can find many candies from the books and movies. 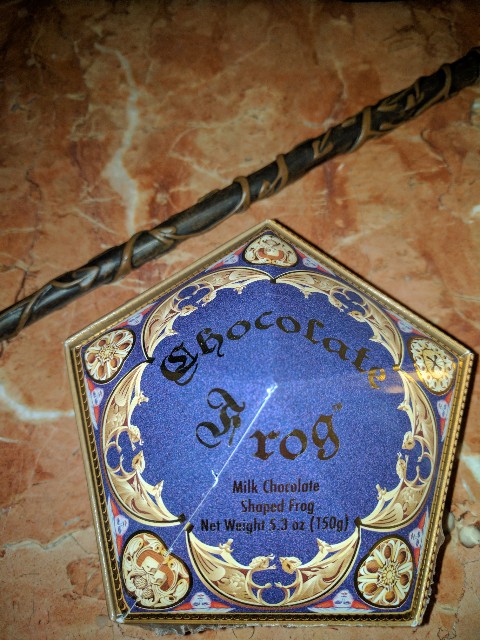 14. You can send mail and have it postmarked from Hogsmeade.

15. You can turn your muggle money into wizarding cash. 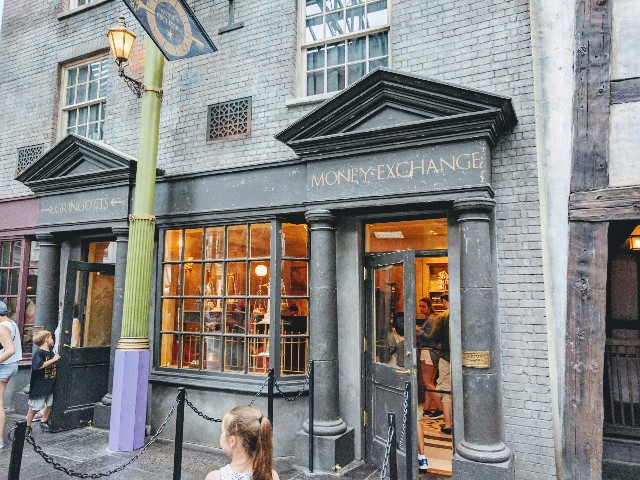 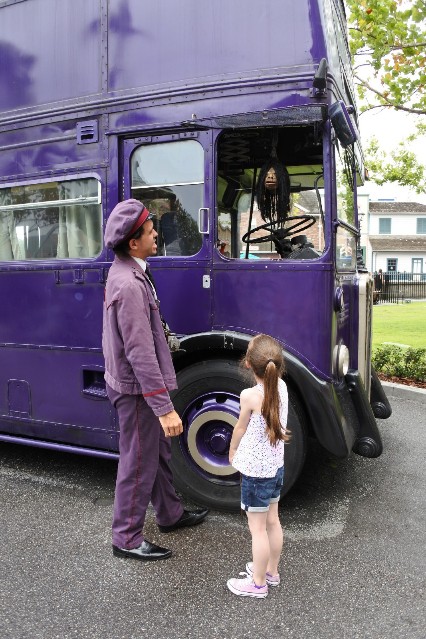 17. The specialty drinks are pretty good!

18. Listen for Moaning Myrtle when you are in the loo. 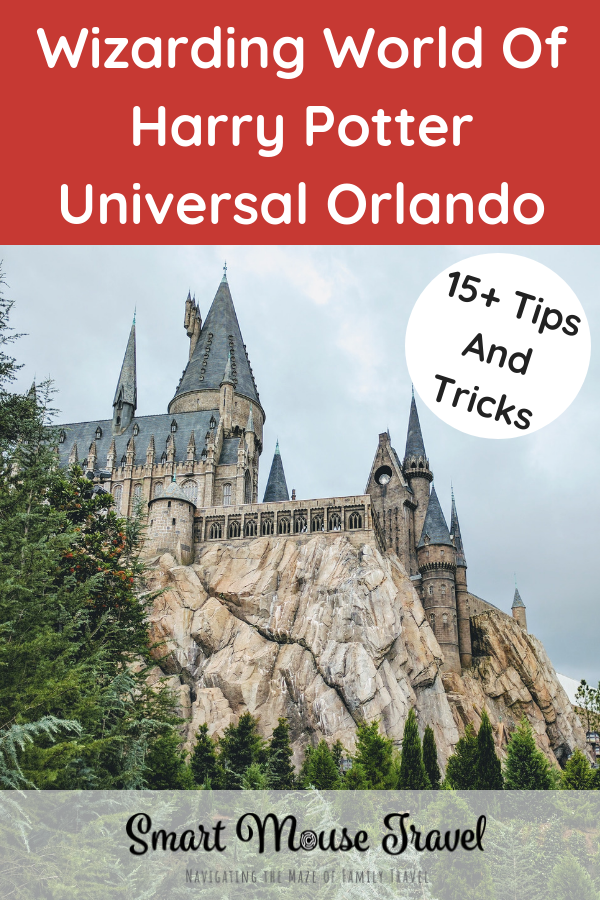